What does it take to begin a relationship with God? Devote yourself to unselfish religious deeds? Become a better person so that God will accept you?
You may be surprised that none of those things will work. But God has made it very clear in the Bible how we can know Him.

The following principles will explain how you can personally begin a relationship with God, right now, through Jesus Christ...

God loves you and offers a wonderful plan for your life.

"God so loved the world that He gave His one and only Son, that whoever believes in Him shall not perish, but have eternal life." 1 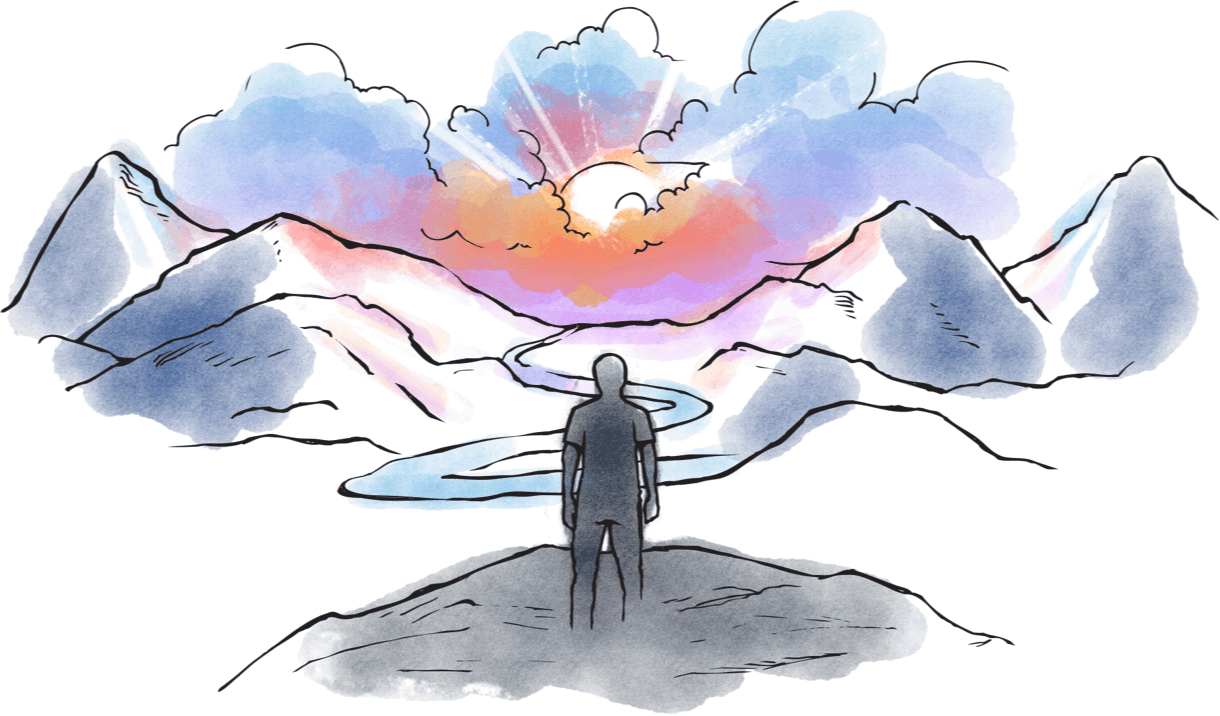 Why is it that most people are not experiencing the abundant life? Because...

All of us sin and our sin has separated us from God. 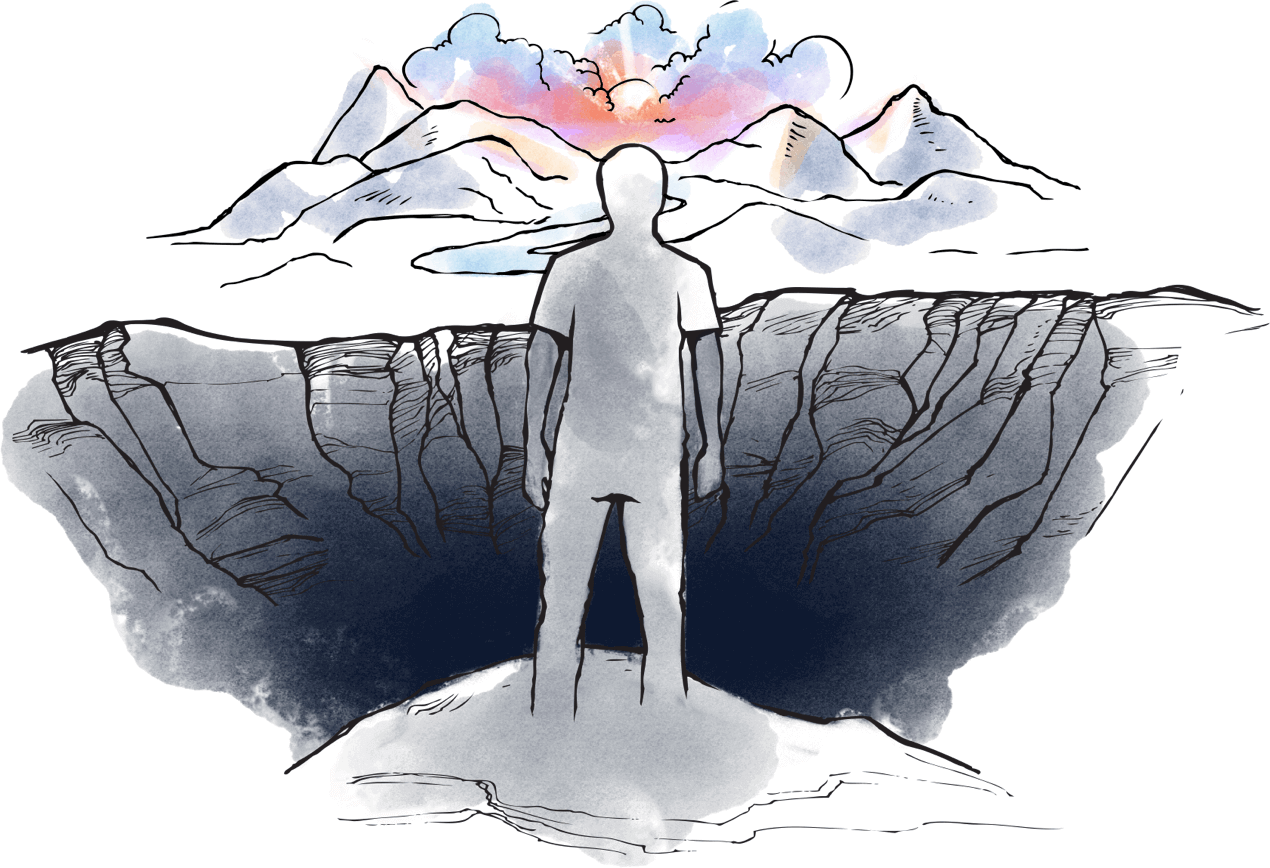 “All have sinned and fall short of the glory of God.” 3

We were created to have fellowship with God; but, because of our stubborn self-will, we chose to go our own independent way, and fellowship with God was broken. This self-will, characterized by an attitude of active rebellion or passive indifference, is evidence of what the Bible calls sin.

“The wages of sin is death” [spiritual separation from God]. 4

This diagram illustrates that God is holy and people are sinful. A great gulf separates us. The arrows illustrate that we are continually trying to reach God and the abundant life through our own efforts, such as a good life, philosophy, or religion – but we inevitably fail.

The third law explains the only way to bridge this gulf...

Jesus Christ is God's only provision for our sin. Through Him we can know and experience God's love and plan for our life.

He Died in Our Place

“God demonstrates His own love toward us, in that while we were yet sinners, Christ died for us.” 5

He Rose From the Dead

“Christ died for our sins...He was buried...He was raised on the third day, according to the Scriptures...He appeared to Peter, then to the twelve. After that He appeared to more than five hundred...” 6

He Is the Only Way to God

This diagram illustrates that God has bridged the gulf which separates us from Him by sending His Son, Jesus Christ, to die on the cross in our place to pay the penalty for our sins. 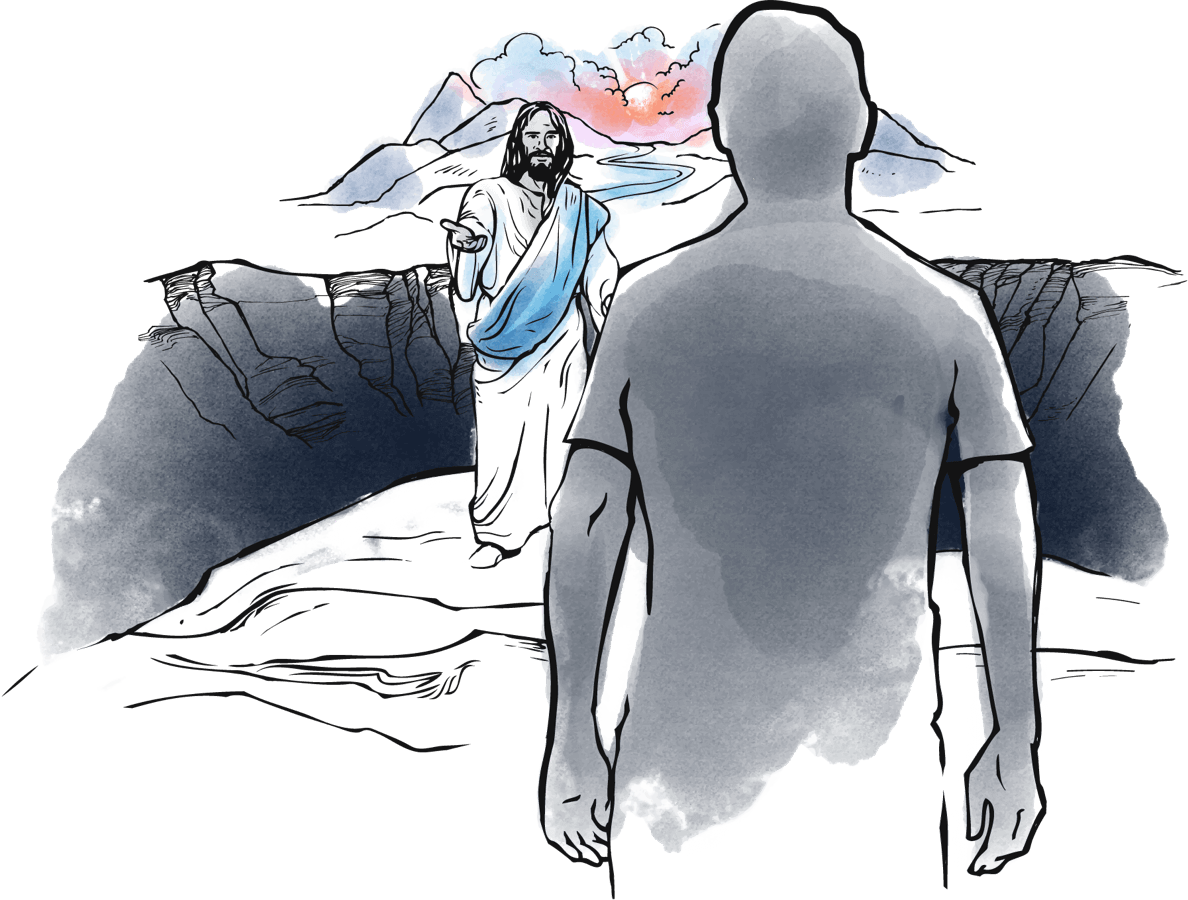 It is not enough just to know these three principles...

We must individually receive Jesus Christ as Savior and Lord; then we can know and experience God's love and plan for our lives. 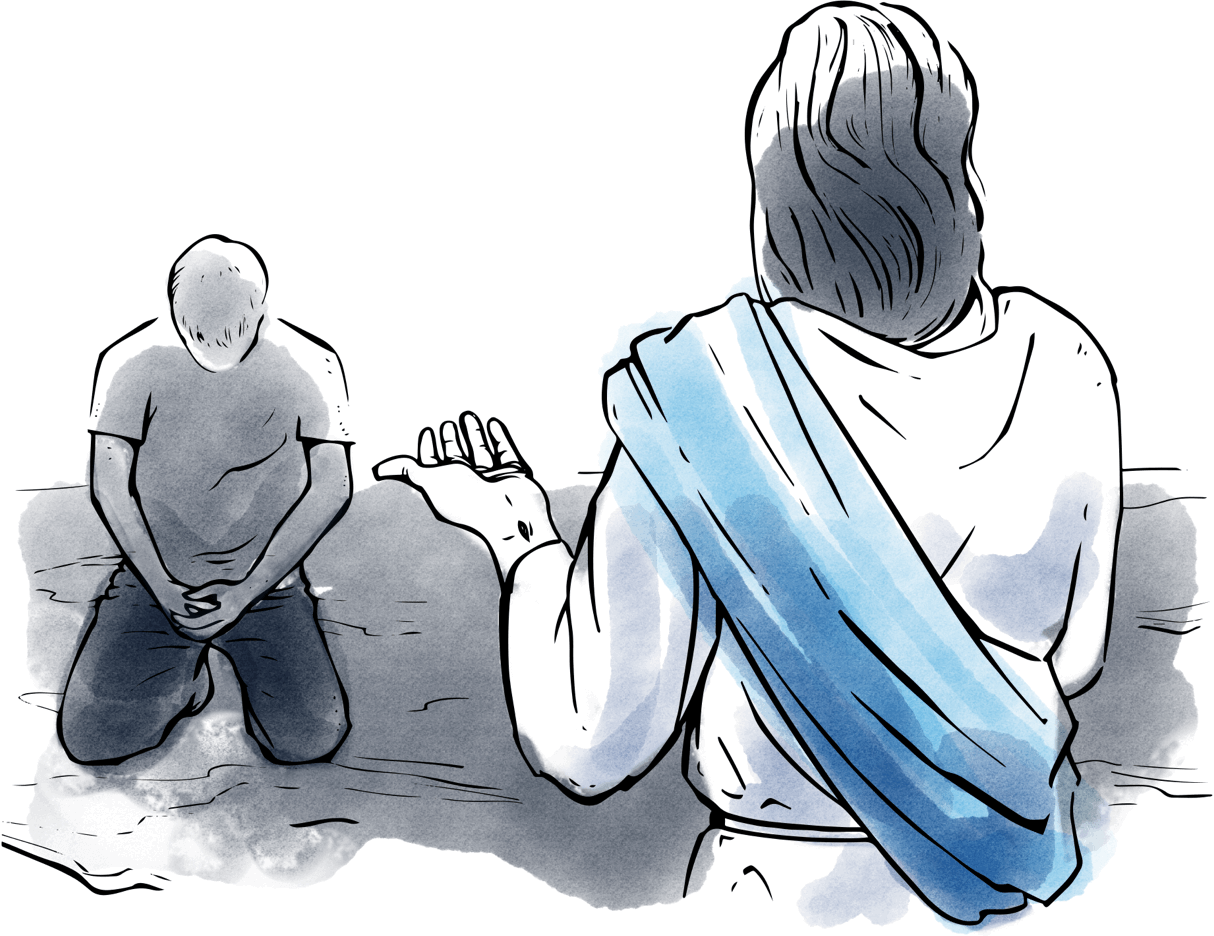 We Must Receive Christ

“As many as received Him, to them He gave the right to become children of God, even to those who believe in His name.” 8

We Receive Christ Through Faith

“By grace you have been saved through faith; and that not of yourselves, it is the gift of God; not as a result of works, that no one should boast.” 9

When We Receive Christ, We Experience a New Birth

We Receive Christ by Personal Invitation

[Christ speaking] “Behold, I stand at the door and knock; if any one hears My voice and opens the door, I will come in to him.” 10

Receiving Christ involves turning to God from self (repentance) and trusting Christ to come into our lives to forgive our sins and to make us what He wants us to be. Just to agree intellectually that Jesus Christ is the Son of God and that He died on the cross for your sins is not enough. Nor is it enough to have an emotional experience. You receive Jesus Christ by faith, as an act of the will.

Which circle would you like to have represent your life? 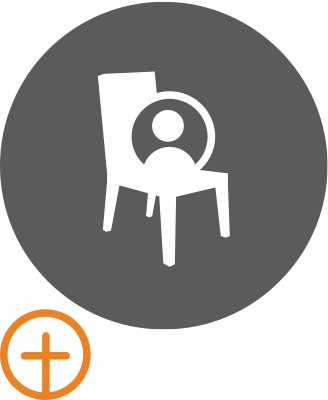 You are in control and Jesus has no influence in your life. People like this have never received Jesus into their lives. They remain guilty and cut off from God by their sin. 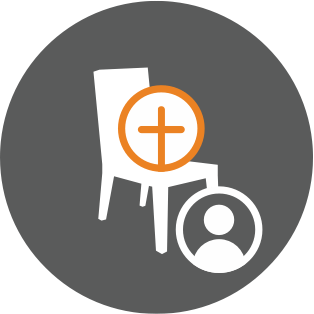 Jesus is in control and you are following him as Lord. People like this have received Jesus into their life. They have been forgiven and experience God’s love.

You can receive Christ right now by faith through prayer.

Prayer is talking to God. God knows your heart and is not so concerned with your words as He is with the attitude of your heart.

The following is a suggested prayer. If this prayer expresses the desire of your heart, then you can pray this prayer right now and Christ will come into your life, as He promised.

Lord Jesus, I need You. Thank You for dying on the cross for my sins. I open the door of my life and receive You as my Savior and Lord. Thank You for forgiving my sins and giving me eternal life. Take control of the throne of my life. Make me the kind of person You want me to be.

I may want to ask Jesus into my life, but I have a question I would like answered first…

I just asked Jesus into my life (some helpful information follows)…